Some kids are good sleepers. Some are not.

Some enter the world, happy, calm, and flexible. Some do not.

And then there’s a whole lot of in-between.

The world of parenting books makes it look like it’s all up to the parent to help a child sleep, develop a schedule, and then the rest is happily ever after. 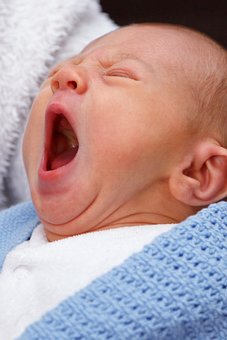 Truth be told, the majority of babies who are given even moderate support (healthy habits) from their caregivers develop pretty good sleep rhythms, and then there are the outliers. The colicky babies. The reflux queens. The never sleepers. The endless nursers. The must-be-held-ers.

When J, my first, was born 7 years ago, I wasn’t worried about sleep. I knew it would be hard initially, but I was a pro – had 2 decades of babysitting under my belt where I had gotten the most stubborn little ones to bed, often to their parents’ astonishment. I was good.

Until I wasn’t. J would not settle. He wouldn’t sleep. My dad, who prided himself on getting any baby to sleep, could not get him to settle. The *1* time that a nursery worker got him to sleep when he was 1.5, I actually kissed her. My husband and I spent hours bouncing, wearing, rocking… whatever we could think of. He could not settle. We co-slept. We tried gentle methods. In later desperation we tried cry it out. Nothing worked.

At around 10 months, we thought maybe there were some tummy issues involved, so I went on an elimination diet. We ended up removing corn, nuts, eggs, poultry, and soy from both of our diets. He calmed down significantly, and things started to improve.

We also started being more disciplined in bedtimes, routines, etc. Up until this point, his sleep had been so erratic that I never even considered trying a schedule. We used Sandra Boynton’s Going to Bed Book to normalize our routine, and we started introducing some soothers.  He had previously rejected all lovies or stuffies, but he did eventually accept Sammy the Seahorse, which was great because it glowed, played calming music, and was portable for travel.

He finally slept through the night at 18 months, and now is a great sleeper.

When his sisters came along, we were a bit smarter. We modified diets at the first sign of distress, and we used the Fisher Price Rock N’ Play sleepers, which were amazing for those early months. I cannot recommend them highly enough. My girls didn’t sleep consistently through the night until they were 2, but they are thumb suckers, so they at least were able to self-soothe to some degree.

Now, they’re 7, 4, and 4, and we’ve come a long way from those sleepless nights pacing up & down the hallway.

When I see a mom struggling with getting her kids to sleep, these things go through my head:

1 – you’re in for it! But in a good way! – these are the kids overflowing with creative energy, whose minds never shut off – the ones who will change the world!

2 – give yourself grace, sister! This is possibly the most intense season of your life. You don’t have to be perfect. It’s ok to say no, to let things slide, to prioritize rest over productivity, and even to give yourself a day off.

3 – don’t think this is forever. I remember reading an article that said poor sleepers at 1 are poor sleepers for life. It freaked me out. You know what? My kids are all, aside from the occasional nightmare, great sleepers, but it’s not because I had them on a schedule at 6 weeks. It came together for them later, between 18-24 months. Some other kids continue to have trouble sleeping, but worrying about that now will not make things any better.

A few years ago, when I was running myself ragged trying to do all the things and to be this always-available mother for my children, I read a variation on this question:

Who would you choose to care for your child: (a) a well-nourished, well-rested caregiver, or (b) an overstretched, harried caregiver who never eats a full meal or gets a good night’s rest because she’s always putting others first and never gets a break?

Clearly, we would all choose option a.

So take a deep breath. Call in the reinforcements if you need to, make sure you’re not wearing yourself thinner than you absolutely have to, and go sneak some dark chocolate. It’s health food.

This post is part of Hoagies’ Gifted Blog Hops. Click here to read about others’ experiences with sleep and gifted individuals. 🙂

THIS POST CONTAINS AFFILIATE LINKS. ANY LINKS TO RESOURCES ON THE AMAZON WEBSITE ARE PART OF THE AFFILIATE PROGRAM. WE ARE A PARTICIPANT IN THE AMAZON SERVICES LLC ASSOCIATES PROGRAM, AN AFFILIATE ADVERTISING PROGRAM DESIGNED TO PROVIDE A MEANS FOR US TO EARN FEES BY LINKING TO AMAZON.COM AND AFFILIATED SITES.