When they’re motivated, personally invested in something, the sky is no longer the limit. These kids take off.

They blow past our expectations and leave us in the dust, trying to figure out where they’ve gone.

When they’re not motivated, these kids are rocks. Boulders, actually. Immovable. 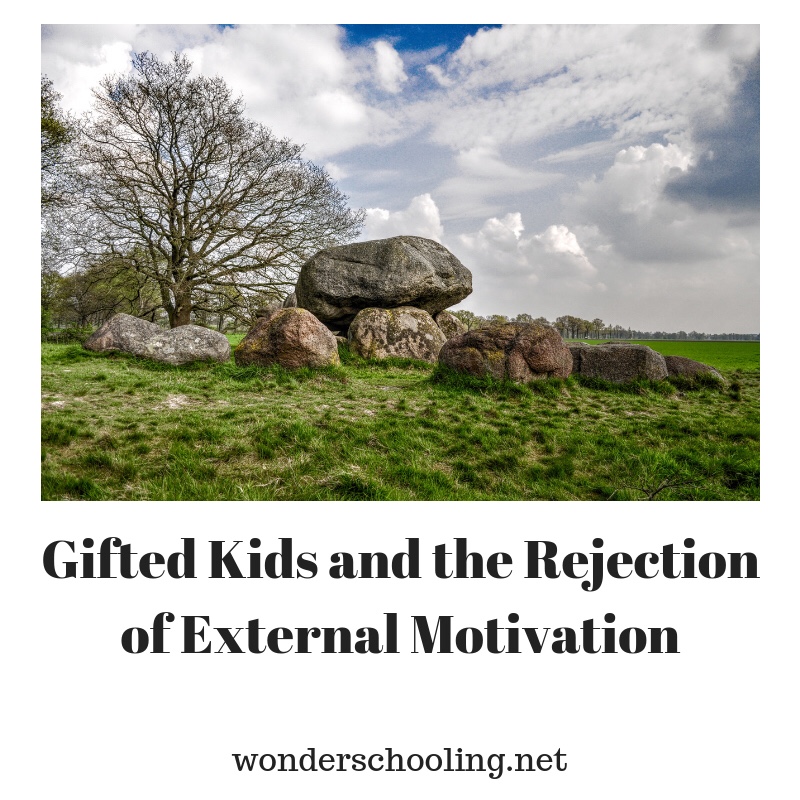 Early in my teaching career, I had a couple kids like this. (Possibly more that I didn’t recognize) The story would go something like this:

Now, I’m not saying I’m a terrible teacher or that I failed to reach students. For the most part, we got along swimmingly. Every once in a while, though, a student came along who was so disenchanted by the educational system, so convinced that it was irrelevant, that he did everything possible to declare his independence.

What can we do in the early years to help kids stay engaged and motivated so they don’t reject the system and end up failing out of school?

1. Give them meaningful work

There is nothing motivating about a worksheet that reiterates content that is below one’s ability level or interest. Sure, they may play along for a bit, but after a while, the shine wears off. The boredom sets in, and these kids want something that challenges them, excites them, makes them use their amazing creative brains and think outside the box instead of… filling in boxes with pre-prescribed words and ideas.

They thrive when they see their contributions as actually mattering, making a difference in the real world, doing research or service projects that actually matter, rather than simply memorizing what others have done.

Gifted kids tend to see through behavioral charts, grading systems, contests, and other external motivators rather quickly. They tend to reject the otherwise potentially valuable skill if they see it tied to a meaningless carrot. Similarly, if they are feeling manipulated into behavior modification, they will often give up or act out.

3. Give them space to explore their own passions

If possible, put your kids in an environment where they can explore their own passions. Project-based learning and unschooling are the two methods that tend to best fit creative gifted kids because they’re allowed to practice their skills within the context of something they’re passionate about rather than following a prescribed one size fits all curriculum.

4. Spend time with others who are pursuing their passions

There’s something contagious about people who are following their dreams and passionate about their craft, even if it’s not particularly your cup of tea. Simply being around people who are excited learners and students of their crafts can be motivating, even if the focus is different.

Find environments where creatives hang out, and spend time there too, whether it’s a Maker Faire, a gaming convention, a university club, an online forum or a flea market. People who create are everywhere – making music, designing board games, collaborating on amazing projects — simply because they want to. Spending time with these people makes you want to create too, because that’s what we’re wired to do.

This post has been part of a Blog Hop by Hoagies’ Gifted Education Page.